I haven’t been posting as much as I’d like to lately, and it looks like my posts will be scarce for a while. I’m about to start my final quarter at the Art Institute of Houston, and I need to focus on polishing and putting together a sizzle reel for potential employers. I’ll also need to focus on my upcoming internship (a requirement for graduation).

I’m also trying to focus on wrapping up some rewrites for a novel I hope to publish by the end of the year, so most of my writing energy is going into that project. As a result, The Shroom Job will be going on hiatus.

The Shroom Job was my first attempt at doing a serialized story, and so far I feel like I’ve failed at it. I was posting as I was writing, and as a result, the story wasn’t as polished or developed as it should have been. It also spun out of control a bit…I intended a five or six part story, and it has gone way past that. Any future endeavors I take in serializing a story will be completed before hand.

In the meantime, I’d like to share some of the first line art and a text template from a new motion graphics project I’m working on, a book trailer for the novel I mentioned above. 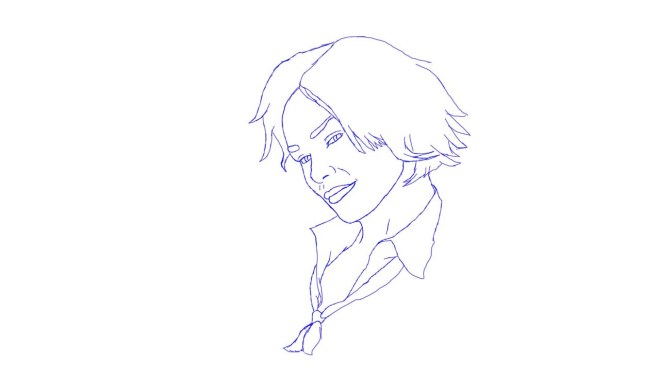 The completed shot will be painted digitally and feature Pixie, sitting behind a cluttered desk with her feet up. On a separate layer will be a background shot of her office. The shot will feature a slight parallax to give it some dimension, and various animated effects will be composited into the scene to give it some life. Pixie’s an adventurous sort, and a bit of a rogue. I’m aiming for a bit of a noir feel, except in this case the femme fatale is also the private eye.

Proposed template for text inserts (I need to update the map): 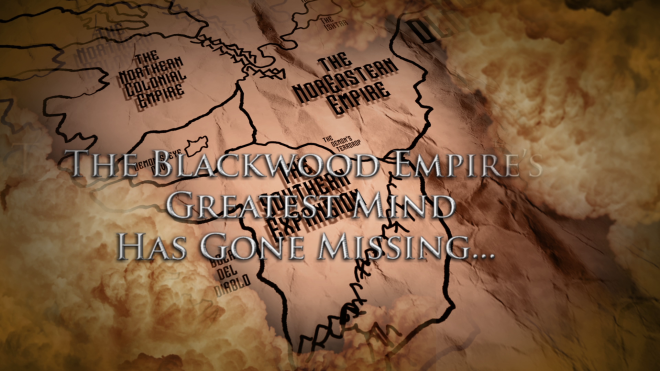 These text plates feature animated text over a moving background (the map). The clouds are animated as well, using a turbulent displace effect. I’m unsure of the typeface, as in some shots it looks a little thin and hard to read. I’m open to suggestions if anyone has them.