My friend, Justin Davis (Boyonaturtle.com), is reviewing all the films in the James Bond series. Check out his work!

Boy on a Turtle 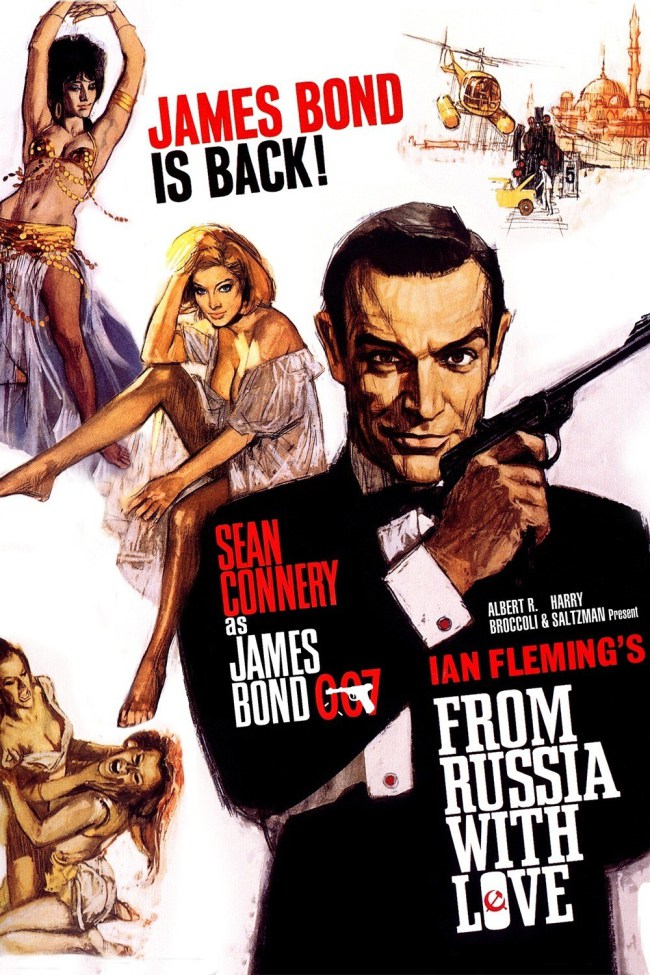 “Red wine with fish. Well, that should have told me something.”

The Plan: Get revenge for the death of Dr. No by developing a ruse to lure 007 into a false mission.

The Gadget/Car: A briefcase that will deploy a gas bomb if opened improperly, a bug detector, and I guess a pager? Remember those? Who, besides doctors still uses them?

The Song: “From Russia With Love” by Matt Monro. (instead played during the film and over the credits)

Next up we have 1963’s From Russia With Love. Following Dr. No we are given a film that is slightly different than its predecessor and has a formula more like the rest of the films. This time we get the leader…